When were the Freunde der Universität Mannheim founded?
Zimmermann: On 28 July 1952, the “Gesellschaft der Freunde der Universität Mannheim (GdF)” was founded by leading managers from Mannheim companies. During this time, the members provided internship positions and summer jobs for students of the Wirtschaftshochschule Mannheim. Students had the opportunity to earn money and, at the same time, to gain professional experience. The GdF was also able to support the university by giving donations. Another task was to motivate students to join the GdF after their graduation in order to expand the network.

Did the work change over time?
Zimmermann: No, the basic idea is still the same and is a re-curring theme in our 70-year history. Changes or new influences were mostly induced by external factors: In 1995, for example, when ABSOLVENTUM was founded, a second organization for alums was created. This almost resulted in a competitive situation between the two organizations. In 2000, Stiftung Universität Mannheim was founded, with initial funding from the GdF. Two years later, ABSOLVENTUM also founded a foundation. In 2005, the two foundations were merged into today’s Stiftung Universität Mannheim (University of Mannheim Foundation).

Are there other milestones in the history of Freunde der Universität Mannheim?
Zimmermann: Another milestone is the introduction of the scholarship system. In 2007, the university and our association created a concept to support students with scholarship – so called “Gebührenstipendien” (tuition scholarships) due to the obligation to pay tuition fees which was introduced at that time. We asked our corporate members for help and they supported the students. This meant that the University of Mannheim, a relatively small university, was off to a good start when the Deutschland Scholarship was introduced in 2010. Many of the companies which joined the support network due to us are still funding organizations. Another characteristic is initiating and financing so-called CSR weekends, where students learn more about social responsibility and sustainability. Once per semester, there are two voluntary seminar days that take place outside of the universities teaching program.

In your opinion, what are the most important tasks of the association?
Zimmermann: First and foremost, we want to continue to support the University of Mannheim so that it retains its top position among German and international universities. At the same time, it is also important to support our students, by scholarships, excellent teaching and personal contacts. In addition, we support the work of students in student organizations dedicated to social and sustainability questions. 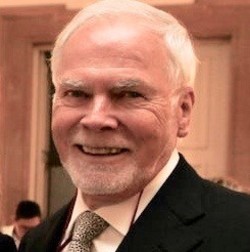 Looking back, I can still say: My time at the University of Mannheim in the late 1960s was great. After the final exam, university was over for good, as most of my friends went back home from one day to the next and we no longer were in touch. Now we had to start our professional career. Professors and assistants, who have supported us during our studies, were now replaced by superiors and colleagues. But turning my back on “my university” was not quite my intention: Thanks to my membership at the Friends of the University of Mannheim, I still feel strongly connected to the university. And it will remain this way!

As a native of the Rhine-Hesse region, I could not pursue my degree at the Technical University of Darmstadt after I had completed my Abitur due to the state border with Hesse (!). So I had to enroll at TH Karlsruhe. After I completed my degree there, I went to the Wirtschaftshochschule in Mannheim together with my doctoral supervisor Professor Werner Mahr, as he accepted a teaching position there. In Mannheim, I deepened my knowledge in the field of business administration. Contrary to my initial plans, I accepted an interesting job offer in Mannheim after I had completed my doctorate. I have dedicated my entire professional life to this work. In order to get acquainted with my “new home” and, most importantly, to stay in touch with the university I soon joined the association Freunde der Universität Mannheim. I can identify with the goals and activities of the association until today. Its ongoing publications such as the newsletter or the minutes not only keep me informed about the latest news but also keep me feel involved with the university. I wish the members great success with their future projects and hope they gain many new open-minded and active members. 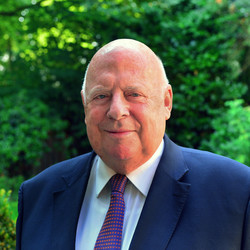 Since their very beginning, the Freunde der Universität Mannheim (FUM) – which were called Gesellschaft der Freunde der Universität Mannheim (GdF) until 2006 – played an important role as supporters of the former Wirtschaftshochschule and now the university. As a member of this association, the alumni express their thanks for such excellent education after their studies. And the partner companies emphasize the important role the university has as the best education institution for young people.

As an honorary member, I have done a great deal for gaining new members for the GdF and FUM and, at the time, establishing the University of Mannheim Foundation.

I hope that those good relations between alumni, companies, and the university will continue to remain this way in the future.

As a member of Freunde der Universität Mannheim you will support committed young people, pioneering research as well as the exchange between research and society. In addition, you will receive special access to the President's Office, academic staff members and the knowledge culture of the university.

Become a member
In order to improve performance and enhance the user experience for the visitors to our website, we use cookies and store anonymous usage data. For more information please read our privacy policy.
Allow
Reject