Christoph Steinert holds a Master of Philosophy in International Relations from the University of Oxford (Somerville College) and a Bachelor in Political Science & Public Law from the University of Mannheim. During his undergraduate degree, he studied for one semester at Trinity College in Dublin. Moreover, he worked for two years as a research assistant at the Chair of Professor Sabine Carey assisting in the creation of the pro-government militia dataset and in the compilation of a database on murdered journalists.

His research focus lies in the area of civil wars with an emphasis on post-conflict contexts investigating the empirical consequences of transitional justice. Furthermore, he is interested in the political economy of inequality and in predictors of citizens' preferences for welfare spending. Additionally, he participates in a research project on systematic predictors of non-responses in expert surveys. He has published his research in the Journal of Peace Research, German Politics, and BMC Psychiatry. Moreover, he has co-authored a book chapter on economic development policies in Latin America.

He has interned at the United Nations Human Rights Council and has worked for the United Nations Development Program as a data analyst for the Global Multidimensional Poverty Index. He gained further research experience at the Oxford Institute of Ethics, Law and Armed Conflict, at the German Institute of Global Area Studies, and at the Human Rights Centre of the University of Potsdam. He has volunteered as External Relations Manager of the Oxford Transitional Justice Research Network and gained teaching experience as a lecturer at the Oxbridge Summer School. 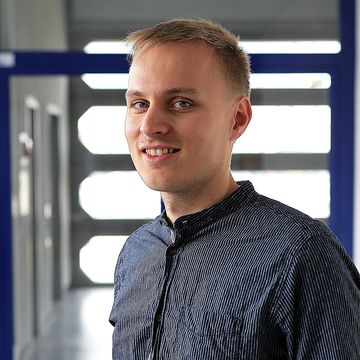 Postdoctoral Researcher
Profile
University of Mannheim
School of Social Sciences
A 5, 6 – Room B 124
68159 Mannheim
E-mail: chsteine mail.uni-mannheim.de
Photo credit: Farina Stock
In order to improve performance and enhance the user experience for the visitors to our website, we use cookies and store anonymous usage data. For more information please read our privacy policy.
Allow
Reject