Therefore, the “Freunde der Universität Mannheim” association promotes top-level research with societal relevance. Read more about a selection of research projects that were supported by our members here. 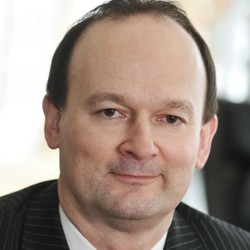 “In my opinion, educating young people and researching future topics, such as digitalization or corporate social responsibility, are two of the most important pillars of our society. As a member of “Freunde der Universität Mannheim” I promote the university's activities in teaching and research, thereby supporting both students and academics.”

As a member of Freunde der Universität Mannheim you will support committed young people, pioneering research as well as the exchange between research and society. In addition, you will receive special access to the President's Office, academic staff members and the knowledge culture of the university.

Become a member
In order to improve performance and enhance the user experience for the visitors to our website, we use cookies and store anonymous usage data. For more information please read our privacy policy.
Allow
Reject