For over one hundred years, the “American Political Science Review” (APSR) has been the most respected political science journal worldwide. Since fall 2016, it has also been published outside the United States by political scientists at the University of Mannheim in cooperation with the London School of Economics and Political Science. APSR publications are considered a currency for an academic career at the world’s leading research and teaching institutions.

The editorship ended in summer 2020, as scheduled. Prof. Dr. Thomas König was the editor in chief. He conducts research on European politics and theories of political decision-making at the University of Mannheim. Here, he was assisted by Prof. Dr. Thomas Bräuninger and Prof. Sabine Carey, the managing editor Alyssa Taylor and additional staff members, who are completing their Ph.D. at the Mannheim Graduate School. Only when we established another W2 professorship as part of our Beste-Köpfe-Programm, which was initiated through a generous donation by Dr. Hans-Peter Wild, the team’s workload could be reduced to such an extent that it was able to focus on the evaluation of approximately 1,500 manuscripts submitted each year to the APSR. 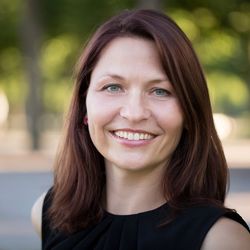 The support provided by the Beste-Köpfe-Programm gave me the opportunity to advance my studies in the fields of conflict research and human rights and to participate in publishing the American Political Science Review.

Prof. Sabine Carey, Ph.D. – holder of the chair of Political Science IV and former co-editor of the American Political Science Review / Photo credit: Elfengraphie
In order to improve performance and enhance the user experience for the visitors to our website, we use cookies and store anonymous usage data. For more information please read our privacy policy.
Allow
Reject