The war in Ukraine is an attack on fundamental values such as democracy, rule of law, and basic rights, which are also the basis for freedom of research. Many Ukrainian researchers have lost their entire living environment, their job and, in the worst case, family and friends. Many are still in the war zone or are fleeing the country. At best, they have already found a provisional home in Germany or another country. But there are also many people in Russia, in particular researchers, who have the courage to stand up against this war, despite all repressions. As a consequence, they have to fight for their freedom and livelihood. In addition to the various threats, losses, and worries caused by this cruel war, all of these people have in common that they lack perspective. 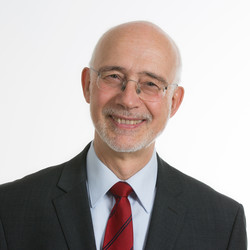 We actively support young researchers, in particular doctoral candidates, who have to fear for their lives. We want to enable them to continue their research projects at the University of Mannheim. In this situation, our solidarity and empathy goes to the people in Ukraine who now have to fear for their country and their lives. We would also like to support those individuals in the Russian society who, regardless of all repressions, have the courage to speak out against this war.

Thanks to your generous support, we are able to provide Alina with a scholarship. Alina comes from Chernihiv in northern Ukraine, near the borders to Belarus and Russia, and has fled together with her five-year-old daughter to acquaintances in Germany after spending many days in a shelter. Her husband is still in Ukraine.

Alina holds a doctorate in history and is researching legal structures in Ukraine during the Nazi occupation. She is now able to continue her research work at the Department of History at the University of Mannheim and is looking forward to the exchange with her fellow researchers in Germany and the new experiences she will make. All this has been made possible thanks to your support.

In order to improve performance and enhance the user experience for the visitors to our website, we use cookies and store anonymous usage data. For more information please read our privacy policy.
Allow
Reject