Felix Jäger is employed in the DFG project “Immigration, Integration, and Naturalization: New Immigrants, Policy Decisions and Citizens’ Responses” and a doctoral candidate for Political Science. In 2017 he finished his Bachelor of Arts in Political Science with Economics as minor subject at the Goethe-Universität Frankfurt am Main. Afterwards he moved to the University of Bamberg to continue his studies in Political Science in the Master's degree program, which he finished in 2020. During his time in Bamberg, he adjusted his studies especially on methodological courses to shape his profile in a corresponding direction. In his master thesis, he examined the attitudes towards counter terrorism measures of U.S. citizens. The conducted factorial survey experiment covered a broad spectrum of potential terrorist attacks, which provided a specific context for the evaluation of counter terrorism policies.

His current research concerns the effects of terrorism on public opinion, attitudes towards immigration, the behavior of party candidates on twitter and the perception of data visualizations. Methodologically his emphases are quantitative research, like factorial survey experiments or the application of machine learning methods for social sciences. 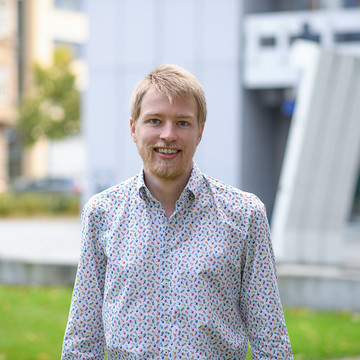