Jan Menzner is a PhD candidate at the University of Mannheim’s Center for Doctoral Studies in Social and Behavioral Sciences. Simultaneously, he works as a research assistant in the FGZ-project „Political Conflict Regulation and Social Cohesion“ at Goethe-University Frankfurt am Main, affiliated with the Chair of Political Science, Empirical and Democracy Research in Mannheim. Previously, he obtained his M.A. in Political Science at Ludwig-Maximilians University Munich and he holds a B.A. in Journalism from the University of Applied Sciences Bremen.  Jan's Master's Thesis consisted of a survey experiment investigating general attitudes towards prenatal genetic testing and the moderating effects exercised by moralized framing and individuals' personality traits.

Jan's research interests revolve around the empirical analysis of how citizens’ attitudes and preferences are formed, how they are influenced by party politics and rhetoric, regulatory policies, media consumption, morals or framing – and how, in turn, the same citizens shape democratic processes. Topically, Jan focuses on the state and perception of freedom of speech, the politics of climate and mobility change, and the regulation of morality policies such as free exercision of religion, sexual identity, abortion- or drugpolicies. Finally, Jan also has great interest in survey and survey experiment methodology. 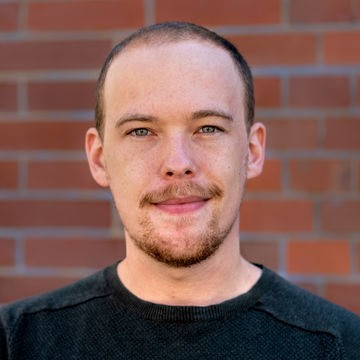 Profile
University of Mannheim
Center for Doctoral Studies in Social and Behavioral Sciences (CDSS)
68159 Mannheim
E-mail: jb.menzner gmail.com
Photo credit: Sophie Garbe
In order to improve performance and enhance the user experience for the visitors to our website, we use cookies and store anonymous usage data. For more information please read our privacy policy.
Allow
Reject